Properties In The News 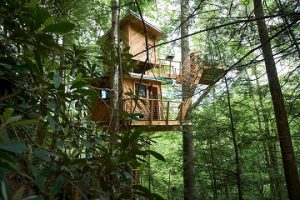 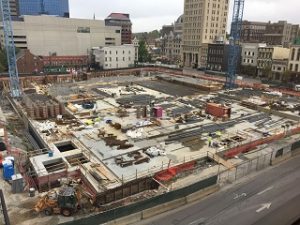 Lexington developers Phil and Lee Greer of The Greer Companies have committed a significant capital investment toward completing the project. The three story 700-space underground parking garage phase of the downtown development rapidly nears completion, a building permit for the office building has now been issued and another for the hotel appears imminent. 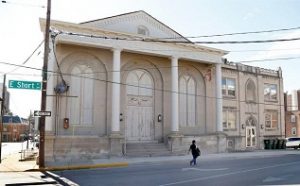 The First African Baptist Church building at 266 East Short Street has a new owner and will be revitalized. It was home to the first African American Baptist congregation in Kentucky. Central Christian Church’s daycare, which currently occupies the building, will move across the street in coming months to allow for renovations.

Tom Eblen chronicles Lexington’s iconic donut – Spalding’s, now in their new location on Winchester Road for 12 years. Its front facade pays homage to their prior location of 70+ years at North Limestone and Sixth Street. The building was masterfully restored by Chad Needham in 2010-11 and is currently home to Arcadium Bar. 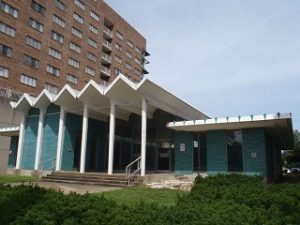 Efforts to preserve the mid-century modern former People’s Bank building on South Broadway, known for its zigzag roofline and turquoise colored glazed brick, have failed and the building was razed today. Local preservationists worked for more than two years in an effort to relocate the structure. The property owners, Langley Properties, allowed the building to remain standing as along as possible without delaying their development plans for the southwest corner of South Broadway and High Street. 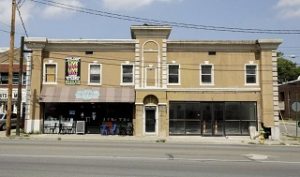 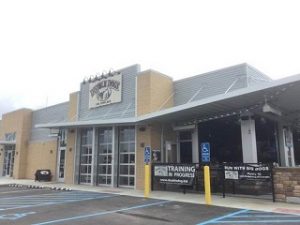 New dog-friendly restaurant coming to Lexington!  Double Dogs Chow House will open in Hamburg for you and your furry four-legged friend! 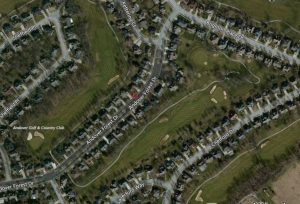 Andover Golf and Country Club, after having closed in February, was purchased by its mortgage holder, Whitaker Bank, at Monday’s Master Commission sale for $2.95 million – its future is unclear.